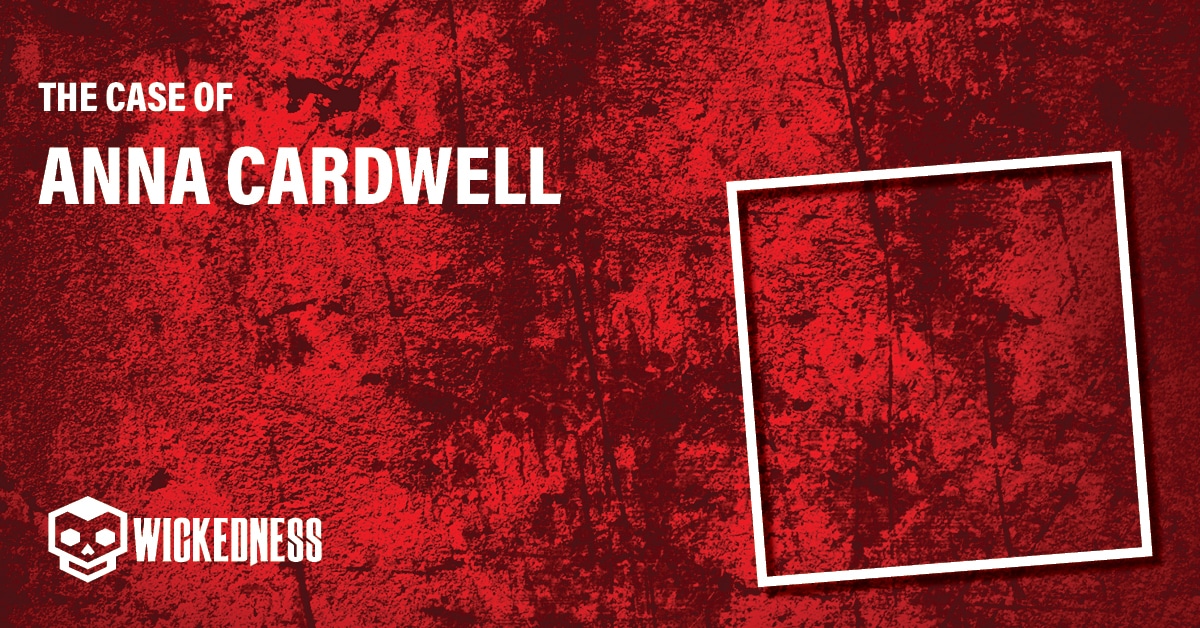 Anna Catherine Cardwell was born on the 18th of June 1991 to parents Paula and Joe Cardwell. Young and bubbly Anna graduated from Holtville High School in Alabama in 2010, before moving away to college at Southern Union College. Anna was very close to her parents and her older brother. She even moved back home to Wetumpka, Alabama, to live with them after being away for a year at Southern Union College. Anna still attended college but drove the hour and a half back and forth each day.

On the 14th of February, 2012, Valentine’s Day, Anna Cardwell spent the day with her new boyfriend, Nate. It was getting late, so Anna’s mom sent Nate home. He left around 2 am, and Anna went to bed.

The following day, Anna’s mom Paula Cardwell left home around 9 am to complete a few tasks she had to do. Less than an hour later, when Paula arrived home, she noticed that Anna’s car was missing. Paula found this strange as Anna had always told her if she was going somewhere. Paula tried calling Anna, but her phone kept going to voicemail.

When Paula Cardwell walked into the garage, she noticed a bloody handprint on the doorframe. She also saw blood on the wall and a trail of footprints leading into the kitchen.

In the kitchen, Paula Cardwell saw her daughter, Anna, lying in a pool of blood. She immediately called 911 and said that her daughter was dead.

When investigating the home, the police saw no sign of forced entry. However, there was evidence that a struggle had taken place between Anna and her killer. They saw blood on the walls, a pool of blood in the entryway, and bloody bare footprints leading into the residence.

20-year-old Anna Cardwell had been shot twice in her back, once in her shoulder, and once in the head. Police determined that she had been trying to get away from her killer and that she had almost made it to the garage door when the killer dragged her back into her home, into the kitchen—leaving bloody drag marks behind.

A murder weapon was not discovered at the scene. However, police did find several shell casings from a .9mm gun. Nothing was taken from the property except Anna’s Honda, and police struggled to find any evidence.

20-year-old Anna was just months shy of her 21st birthday when her life was tragically cut short.

After questioning several family members and close friends, police discovered that Anna had been having issues with a male named Josh Caspari. Josh Caspari was an older ex-boyfriend of Anna’s good friend Lacy. People described Joshua as controlling and aggressive. Several people posted on Facebook that Josh probably killed Anna because he was obsessed with Lacy and his steroid usage.

Anna had recently told her family that she was tired of being in the middle of Josh and Lacy’s relationship. She told Lacy to end things with Josh, which appears to have pissed him off.

Police found Anna’s Honda in the parking lot of Winn Dixie. Inside the car were energy drinks and cigarettes. The police questioned Josh’s mom and learned that she had picked him up from that same parking lot on the morning of February 15. Police also spoke to Josh’s roommate, Cody Abernathy. Cody informed the police that he had driven Josh to an area near Anna’s home on the morning of February 15. Cody also told the police that everyone was afraid of Joshua and did everything he asked.

This information from Josh’s mom and Cody gave the police what they needed to issue a search warrant. Upon searching Josh’s home, police found illegal steroids and $20,000 in cash, which was strange as Joshua had been unemployed at the time. They also found guns that had been stolen from Larry Mann’s home, and a card from Lacy. One of the guns was the .9mm that had been used to kill Anna.

Joshua Caspari was charged with capital murder. He pled guilty on the 13th of October, 2013, and was sentenced to life in prison without the possibility of parole. He said he was angry at Anna for trying to stop him and a friend of hers from dating.

22-year-old Cody Abernathy was also charged. He was charged with home invasion charges and hindering prosecution. Cody was sentenced to 5 years in prison.

Did Paula Cardwell open a restaurant in Anna’s honour?

Six years after her daughter Anna was murdered, Paula opened a restaurant called “Anna’s Place”. A restaurant dedicated to her daughters memory. All of the dining rooms are named after Anna Catherine’s animals — Abigail was her horse, Bella was her dog, Chloe was her cat.

What happened to Anna Cardwell?

According to investigators, Anna Cardwell was shot twice in the back and once in the shoulder as she tried to run through the kitchen to the back door. Joshua Caspari caught up with her, pulled her back into the house and shot her in the head, killing her.

What happened to Joshua Caspari?

Joshua Caspari was sentenced to life in prison without possibility of parole for the murder of Anna Cardwell.