Monsters aren’t only limited to horror movies and books. There are real life monsters throughout our history and some even exist today. These aren’t the legendary or mythical creatures like Bigfoot, but real human beings so sinister they can only be called “real life monsters” In this article, we are going to discuss some real-life monsters that haunted the lives of people.

All of the people and events mentioned in the following list are real and explain the true definition of real-life monsters. 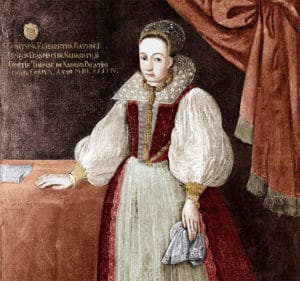 Countess Bathory was a Hungarian noblewoman and she is also known as Countess Dracula because she was also a prolific serial killer. She slaughtered over 600 young women.

She committed all types of heinous crimes during her lifetime including cannibalism, genital mutilation, and even a bloodbath.

She used to manipulate young girls and take them to the castle in order to learn decorum or work as a maidservant.

Then she used to kill them in all sorts of brutal methods that you can possibly imagine. Murdering children and young girls was like a hoppy for her.

Leaving them to starve to death, biting off the faces of her victims, literally bathing in her victims’ blood were her common methods to torture young women. Her killing spree ended when one of her own guardians caught her torturing and killing people.

A Ghost in England 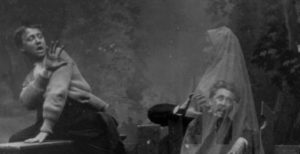 Back in 2002, multiple reports and news were published that a woman ghost circulated in a specific area located near a remote England Road (A465 – Bromyard a small town in Herefordshire).

People believed that it was the ghost of a woman who crashed in that area some decades ago and now she tries to force other people to end up having the same fate.

While no fatalities took place, too many car crashes did occur within the specified area. All the vehicles that crashed in this area were slammed into the fencing of a farmer.

Many drivers reported that they felt that something or someone had taken control of their vehicle as they couldn’t turn the wheel.

Richard James, the city controller, who was involved in the investigation of the car crashes said that he had encountered a mysterious individual.

He said that he was sitting in a nearby pub and a man approached him and said that all these accidents are happening because of a woman’s ghost. 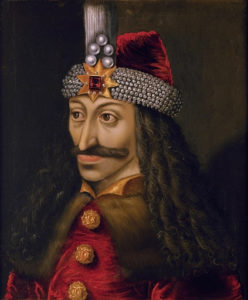 Historians believe that he became a monster of a man during that time and when he returned to Wallachia, he started torturing Ottoman prisoners. Later on, Sultan Murad invaded Wallachia and he saw rotten Ottoman soldiers murdered brutally and impaled in spikes.

A poem written in the 15th century in German explains Vlad the Impaler as a man feasting on blood. The poem also depicts that he used to cover his hands in blood before eating and dip his beard into the impaled victims’ blood.

It was a fine day in Iowa city when an unknown man sitting in a local restaurant approached another man sitting nearby and punched him in the face terribly. When people questioned, he said that he is punching a zombie and they should let him do that.

He then punched the other man again after calling him a zombie. The punches were so hard that they broke the nose of the man who was just sitting in the restaurant. The man who punched them ran out of the restaurant by using the back door.

The victim, who was in the wrong place at the wrong time, was taken to the hospital immediately by paramedics. However, the attacker was never caught because no one knew who he was and he was not seen again as well.

Attila the Hun – The Scourge of God 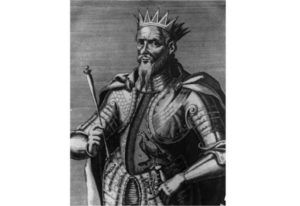 Only a monster would like to have “the Scourge of God” as a preferred nickname. Attila the Hun was that monster who terrorized Europe back in the fifth century. He was one of the reasons for the downfall of the Roman Empire.

Even at that time when torture and brutality were not uncommon, Attila the Hun stood out from the crowd. He was a bloodthirsty guy who killed his own brother and raped and plundered his way across Europe.

The main military tool of Atilla was his terror. He also used to tire the skull of his victims and enemies to his horse’s saddle. He invaded more than 70 cities and left almost no individual alive. The historians argue that Atilla alone was responsible for the deaths of more than one million people. 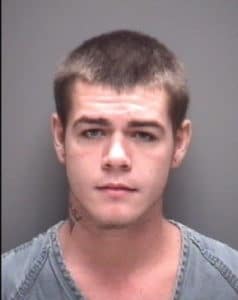 It’s more of a funny story but we have included this in our list because of its strangeness. It’s about a man, Lyle Bensly who said that he was a 500 years old Vampire.

A young woman was sitting in her apartment at night when she heard some weird noises. When she tried to find out the reason behind the noise, she was attacked by Lyle Bensley (a 500 Years old vampire).

He bit the woman on the neck after forcing her against a wall. The woman managed to escape and went to her friend’s house as she didn’t have any idea of what was going on. Of course, she called the police and when the officers reached her apartment, they found the creepy Lyle Bensley in his boxers.

He was hissing and snarling and when he saw the police he tried to escape. But the police finally caught him and then he said that he is a 500 years old vampire who needs to feed on human blood. The police officer said that he had seen so many strange individuals but nothing like Lyle Bensley.

Are these people real life monsters?

The world is a very strange place and it has given birth to many strange people and some of them are no less than monsters. All the people and events mentioned in this article actually took place and it’s horrifying and bone-chilling to learn about the dark side of human nature. Are they real life monsters, you be the judge.