Over-reacting once in a while out of fear is completely normal for human beings. In a way, it’s no less than a weakness and people have used it throughout history for their benefit. Politicians and media use fear to manipulate the masses by using sensitive topics such as crime, economy, culture, religion, language, and even family and children.

Manipulating people by invoking any of these fears is simply known as fear or scare-mongering. This article discusses everything you need to know about fear-mongering. We’ll also explain the consequences and effects of this phenomenon along with some techniques to detect when fear-mongering is at play.

Fear-mongering refers to the practice of deliberately arousing public fear in public by discussing a particular issue. It’s also called scare-mongering and it’s about influencing other people to think in a certain way or to take a certain action by using fear.

For example, a political campaign using tactics of fear-mongering to scare people in order to get more votes. Another good example of fear-mongering is a tv commercial that scares the viewers from lightning strikes and tries to sell them the surge suppressors.

But still, the truth is, our sense starts to get distorted after seeing such television commercials or listening to scary headlines. Resultantly, we start seeing threats when there are none. 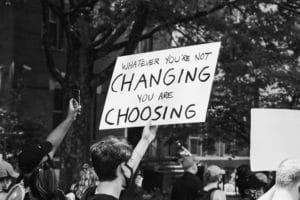 Cultural evolution has amplified this effect and now people crave news about danger and the news media provides it. There is now a competition of attention and social agents use all sorts of fearmongering tactics.

Mean World Syndrome is a common effect of fearmongering where people see the world as a more dangerous place than it actually is. Politicians use it all the time to get more support from people. For example, warning people about the risk of terrorist attacks and talking about the pandemic have increased the support for the world leaders in recent years in many countries.

Fearing persistently can also affect your health and it includes decreased fertility, stomach problems, depression, heart problems, and even early death. Additionally, you can also suffer from a decreased ability to think and act. Some scared people can’t even think of during an intense situation like freezing up if some animal gets caught in the vehicle’s headlights.

Because of its effectiveness, scare-mongering has increased dramatically in television commercials. While some people boycott the entire organization if it uses scare tactics, others don’t react negatively and end up buying the product out of fear.

The 2003 Iraq war is a great example of fearmongering in the media. Howard Kurtz, a former “Washington Post” writer and an active American journalist says that in the early 2000s there were over 140 front-page stories that mainly focused on scary words against Iraq. These stories minimized or buried all the pieces that questioned the rationale or evidence for the Iraq war in the first place. 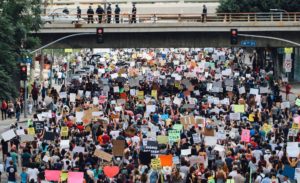 Fearmongering is used routinely to influence a target population to win psychological warfare. By using smear campaigns, it tries to defame the enemy. In order to start a war, even false flag attacks have been used in many cases. Terrorism is yet another type of psychological warfare and to scare the enemy or to get the media attention it creates terror and violence.

Some politicians even use this strategy to defame their opponents by making the citizens more suspicious about their current government. This helps them to make their way to make an even more fascist or authoritarian government.

How to Detect Fearmongering?

The following are some points that will help you detect fearmongering.

If you hear a politician in news or someone else telling you “They say” or “They will” and these sentences offer something that you don’t like, consider it a red flag because you’re being manipulated.

It is very heartbreaking to learn that some criminal gang killed a person in one city or neighborhood. But it certainly doesn’t mean that there are criminal gangs in all the cities and neighborhoods including yours, who want to kill everyone.

So, if someone says that “these criminals are out there and they will attack you when you’re most vulnerable and do not expect it” but doesn’t provide any specific information, they’re using tactics of fearmongering.

People generally fall victim to wrongful attribution. For example, if someone from a certain group X (based on political, religious, or ethnic differences) is killed by another group Y, people from group X will believe that there is no way they can trust people from group Y.

However, this approach could be very wrong. It might be a political move and a person who killed someone from group X didn’t belong to group Y at all. That’s why you should always make your decisions based on facts. 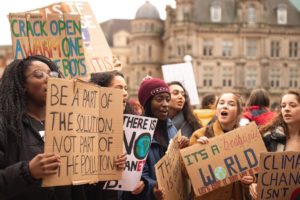 Many people like to create drama by using emotional words to manipulate the masses. These words and sentences usually include, “ruthless”, “economic nightmare”, “death of our ideology”, “destruction of everything we believe in”, “challenging our way of life”, “they attacked innocent people viciously”, and so on.

But if you don’t find any real-world facts and information in these words and sentences, then it only means that fear-mongering is at play.

You can do yourself and people around you a favor if you don’t spread, pass, or share the news based on fear-mongering. While it makes for hot and juicy gossip most of the time, it’s extremely dangerous and can be very harmful.