The Addams Family is one of the most popular groups of fictional characters working in a fictional household. An American cartoonist, Charles Addams, created this closely-knit family. All the Addams Family characters live in the Addams mansion and the members of this house-proud family include Morticia, Gomez, Grandma, Lurch, Uncle Fester, Pugsley, and Wednesday.

The family appears to be a surviving Addams clan of many other Addams families that live across the globe. The Addams family’s characters first appeared in The New Yorker back in 1938 and then many television series and movies. All the characters of this family are extremely weird and some even believe that they’re vampires. 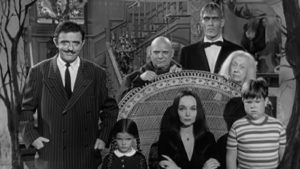 All the characters of the Addams family, except Lurk, were originally made human. They are not vampires, just very, very dark. The cartoonist made them nocturnal and they live close to death but they are not zombies, werewolves, or vampires. 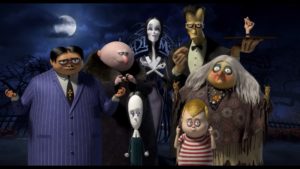 They like to live differently and don’t like humans as they despised one of their family members for being too human-ish. The Mistress of the Family, Morticia Addams, is a slim lady and has pale skin.

Some people say that she used to be a vampire but still, there is no real evidence that proves the claim. She is an exemplary mother and a loving wife to Gomez Addams and both Morticia and Gomez remain passionate about their relationship.

How Did the Adams Family Start?

Interestingly, the strip never had a name from its beginning in 1938 to Charles Addams’ death in 1988. However, during that name Addams earned a very noticeable following for the weird family he created. 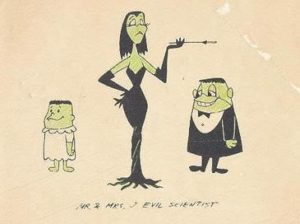 The first Addams Family television show called “The Gruesomes” that aired in 1960 inspired “The Flintstones”. Another family of fictional characters inspired by the Charles Addams’ cartoons is known as the Mr. & Mrs. J. Evil Scientist appeared on two television series, Snooper and Blabber and Snagglepuss, and then appeared in their own comic book. 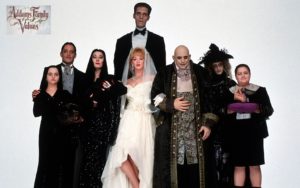 It’s important to note that the Addams Family Cartoons were not published in the New Yorker during the run of the original Addams Family television series. That’s because the Editor of The New Yorker, William Shawn, refused to do so. However, he didn’t stop publishing other Charles Addams cartoons.

He is the master of the Addams Family and he appeared as a snub-nosed and tubby man with a big chin in the original Charles Addams cartoons. The character of Gomes Addams was played by John Astin in the first Addams Family TV series.

She is a black-haired tall lady with pale skin, who is the mistress and the matriarch of the Family. The character of Morticia Addams was played by Carolyn Jones in the first Addams Family television show.

Gomez and Morticia have three kids, Wednesday, Pugsley, and Pubert. Wednesday was named after the phrase from a popular poem known as “Monday’s Child”. The phrase says, “Wednesday’s child is full of woe”. Her character was played by “Lisa Loring” in the original series.

Pugsley is an energetic boy who is nothing less than a real troublemaker. Ken Weatherwax played this character back in 1964. Pubert was added to the Addams Family in 1993. He’s an infant with mustaches who was not there in the original cartoons made by Charles Addams.

Uncle Fester is one of the close family members (Morticia’s uncle) of the Addams family, who is a barrel-shaped and bald man, and his character was played by Jackie Coogan in the original series.

Some people say that grandmama is Morticia’s mother but according to the original cartoons, she is Gomez’s mother. She has frizzy gray hair and she wears a shawl. You’ll see her sitting on a rocking chair in Addams Family Mansion. Her character was played by Blossom Rock.

The disembodied hand is known as the “Thing” and it’s a filly mobile hand in the New Addams Family as well as movies. He appears out of containers and boxes across the Addams Family fun-house.

Lurch is a kind of monster and some people say that he’s half Adams. He usually botched different tasks because of his big size but he always tried to help people around the Adams House. 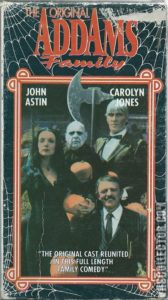 1964 was the year when the Addams Family debuted on the ABC TV network. This TV show was based on Addams’s cartoon characters. After that many Addams Family movies and TV shows were made and many of them were very successful.

If you haven’t watched any of these movies or played video games released that feature this family, then consider watching them because almost all of them are enjoyable.